I’m linked up today and for the rest of the month in the 31 Days Challenge at The Nester. By clicking the tab at the top of the page, you can easily access all of the 31 Days in Chicago posts. If you’ve got a story to tell about your experiences in Chicago, I welcome guest posts. Join the fun by emailing me, or if you’re not ready to write, go to The Nester’s web site to follow some other stories this month.

Chicago is well-known for its public art.

You have probably all seen Cloud Gate, our “bean” in Grant Park.

You probably have also wondered about our Picasso.

You may have even seen the Batcolumn.

But have you seen Carpet by Ellen Harvey (2007), a mosaic of hand-cut marble? I used to ride the CTA from this station, but I’ve never seen this amazing piece of art work.

If you’re a visitor to town or a staycationer, an exploration of the Chicago Public Art Program website might be in order. We are surrounded by art and it enriches our daily lives in sweet home, Chicago.

Last week I stumbled on a blogger with a fun way to link up photos on Fridays that fits right in with one of my RENEW goals for 2012 — using my cameras more thoughtfully and intentionally. The challenge is to photograph the week using only the camera on my phone. And yes, I know it’s Saturday.

Normally I’m not a late starter, but with spring break and all, it took me a while to get into the groove, so I didn’t actually take my first photo until Monday. The re-entry back into my real life as a teacher and the inevitable early morning wake up was hard, very hard.

On my arrival at school, I discovered that my promised laptop had not been delivered over spring break. I have mixed feelings about it anyway, so I wasn’t heartbroken.

On Tuesday, one of my students was playing with this mirrored Rubik’s Cube. He said he needed a greater challenge… and then showed us that he marked up one side with dots to help him solve it. 🙂

Since it was grades week and I was feverishly trying to get everything done before the Friday holiday from school, I didn’t do much photography. On Friday, we met out-of-town family members for museum-ing. I took this photo from the window of the Chicago Cultural Center because I have never seen the Bean (Cloud Gate) from this vantage point. The yellow tint comes from the protective film in the windows.

I also took this photo of the stained glass dome in the Chicago Cultural Center. I know it’s not perfect — I took it with my iPhone, for goodness sake — but it gives an idea of the beauty of this often overlooked building among Chicago’s museums. The web site says it’s the tenth most popular museum, but in a city of museums, how many people actually get to the tenth one?

I didn’t take this photo, but I thought you might want to see a well-photographed picture of the Tiffany glass dome that is also in the Cultural Center.

Lest you think I’m trying to cheat on the InstaFriday challenge, here’s my photo of the Tiffany Dome.

I couldn’t resist taking a photo of this quote in the new modern wing of the Art Institute of Chicago.  When I looked up the attribution, I found that it was actually supposed to be a work of art. Silly me, I thought it was just an interesting quote on the wall.

It turned out to be one of those beautiful Chicago spring days — crisp and sunny. On such a day, it’s impossible to take a bad picture of the skyline, even on a smart phone.

If it’s Friday, it’s pizza day. We also had the double whammy of entertaining out-of-town guests, so it had to be a Chicago pizza day. We found a pizza place by the Art Institute that we’ve never been to and were happily surprised by both the food and the service.

A week that started pretty slowly ended up with a warm gush of family togetherness and yummy wine and pizza. It was another hot time in Chi-town after all!

I'd love to hear from you! Just click my photo to read more about me and to take you to my email link. 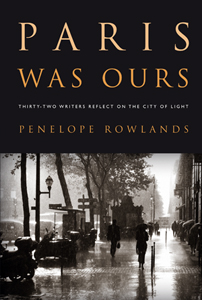